Back to RAF Personnel in the local newspaper.    OR    Return to Home page 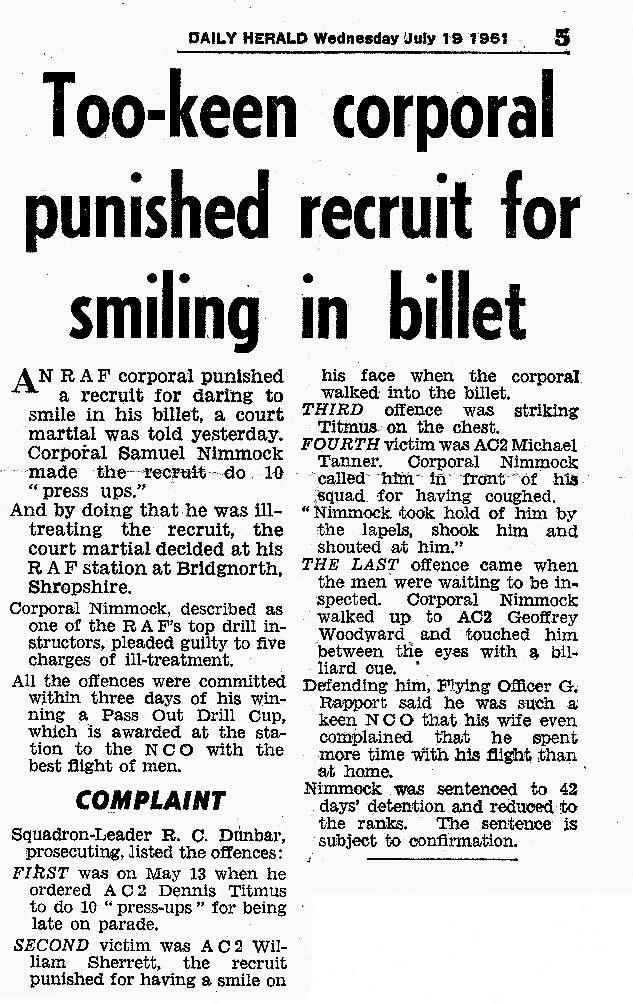 Thanks to Stuart Cook, 4259175 for this newspaper article from the 19th July 1961 issue of the Daily Herald.
It details the Court Martial of Cpl Nimmock in July 1961.

Stuart says "I was at Bridgnorth from June 10th - August 10th 1960. I'm pretty sure I was in Hut 60 and of course Corporal Nimmock was one of our D.I.'s I don't remember the Sergeant but it might have been McCloud or something like that.
Cpl Nimmock said, "My name is Corporal Nimmock spelt B-A-S-T-A-R-D"! That's what he told us as he marched us down to the train station at RAF Cardington - he and the Seargeant came to meet us! I was amazed to read the newspaper cutting because the offences listed there were very minimal compared to the hell he put us through! Even after 50 years my memory of him is quite vivid, I can still picture his face two inches from mine.

Back to RAF Personnel in the local newspaper.    OR    Return to Home page